Back to other Coal-Fired Power Projects

A coal-fired utility in the UK is importing coal from the western United States for a test burn.  Benetech is treating a shipment of 75,000 tons of PRB Low CV Coal with an oxidation inhibitor. So, to make sure the coal arrived safely and was easy to handle upon delivery. The shipments are treated and loaded to river barges in St. Louis (USA) and shipped via the Mississippi River to offshore barge/ocean vessels outside New Orleans (USA). During travel, the shipments experienced a great deal of rain and humidity. Hot spots and the threat of spontaneous combustion were a genuine concern, as was the expectation of handling wet, sticky coal.

Benetech treated the PRB Coal with BT-627 Oxidation Inhibitor, which coats the surface of the coal, inhibiting moisture absorption from rain and humidity. During the shipment, the material was subject to a great deal of humidity and rain, including:

Moisture Levels
Approximately 700 tons of water were pumped off from the holds indicating that the coal shed excess water during travel. During the unloading process, coal moisture equaled “as mined” levels.

Conclusion
The BT-627 treated coal did not experience spontaneous combustion during travel from the United States to the United Kingdom. In stack out, the coal was dry and easy to handle. After stack out, the BT-627 showed a positive self–heating profile to reduce the oxidation/spontaneous combustion process. In addition, BT-627 was also highly effective as a dust suppressant. 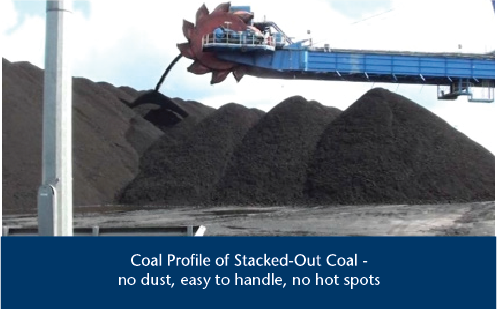 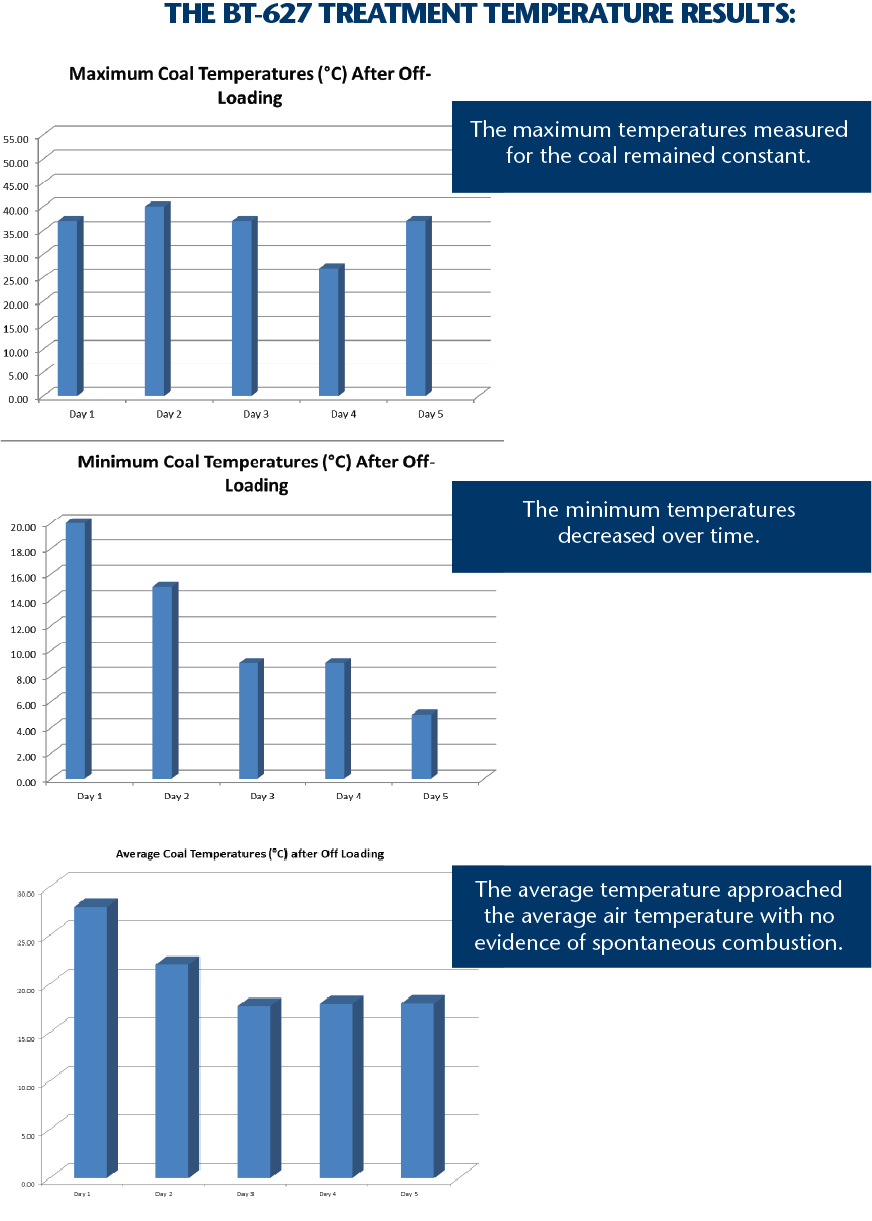